Your browser does not support JavaScript! Selling Of A Business and The Role Of The Competition Commission

‘Selling’ Of A Business and The Role Of The Competition Commission

‘Selling’ Of A Business and The Role Of The Competition Commission

In order to structure a private Merger and Acquisition/ sale transaction in South Africa, there are three primary options available:

The sale of the company shares is usually a simpler option than the purchase of a business. The sale of shares avoids issues such as, transferring each individual asset and liability of a business and allowing for the business to continue unaffected. It also often avoids the need to procure governmental and/or third party consents which may be required to transfer things like licences, intellectual property or contracts. 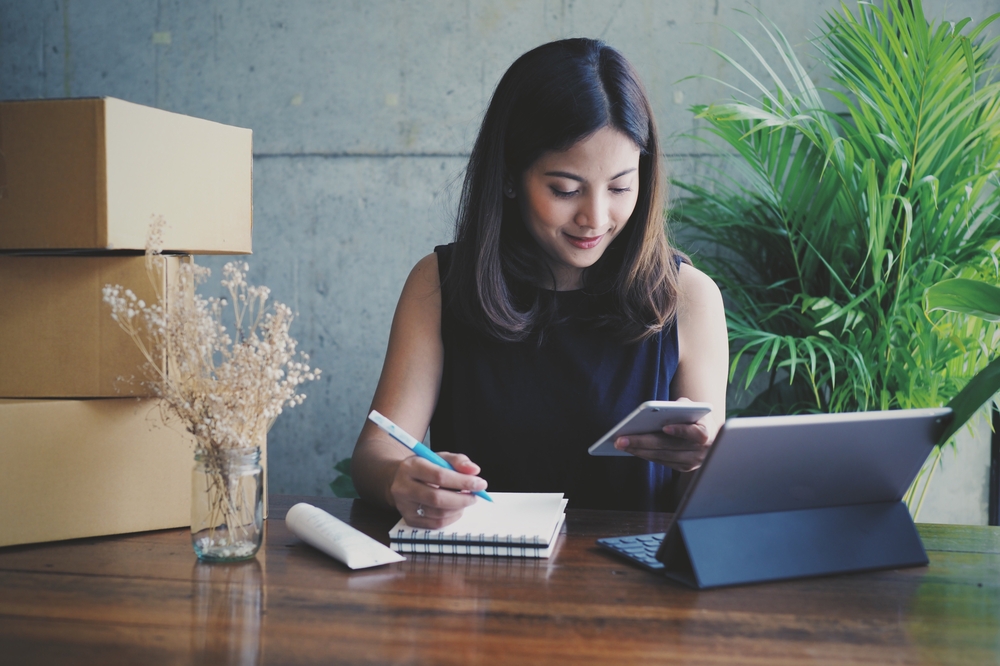 A sale of shares also does not necessitate a transfer of employees, as the employees will simply continue with their employment with the buying company.

Since inception of the Companies Act in 2011, and the introduction into South Africa of the statutory merger provisions, the market has seen a slow increase in the number of transactions making use of this statutory procedure. A merger provides for one entity to merge into another or for two or more entities to amalgamate into a new separate entity.

The merger procedure provided for in the Companies Act appears to be relatively straightforward and flexible and in theory, the merger procedure has an advantage over the sale of business in that it provides for the automatic transfer of property and obligations of the merging parties as well as the dissolution by operation of law of non-surviving entities without the additional costs, formalities and time to transfer the business and need to go through formal liquidation proceedings.

What is the role of the Competition Commission in respect of mergers?

Should the merger also fall within the domain of the Competition Commission (‘the Commission’), you will require the approval of the competition authorities prior to implementation of the transaction.

In terms of the Competition Act 89 of 1998 (as amended) (‘the Act’), a notification is required if:
1. the transaction constitutes a merger; and
2. meets the threshold of assets and turnover requirements set by the Minister of Trade and Industry in conjunction with the Commission.

The aim of The Commission is:

A transaction constitutes a notifiable merger when all of the below criteria are met:

The Competition Act applies (subject to certain exceptions) to all activity within, or having an effect within South Africa. This requirement will be met in respect of transactions that occurs between South African entities as well as all transaction that have any effect in South Africa.

What exactly is a Merger?

The Competition Act defines a merger as occurring where:
‘one or more firms directly or indirectly acquire or establish direct or indirect control over the whole or part of the business of another firm’.

In this regard, one can note that the concept of ‘control’ (legal or de facto) as mentioned in the Act, is fairly broad and includes cases of over 50% shareholding / voting rights / the right to appoint or veto the appointment of over 50% of the directors of an entity, as well as minority rights that grant a party the right to materially influence the policy of a firm in a manner comparable to a person who exercises majority control.

It may therefore pose somewhat of a challenge to determine whether control is established or not and we recommend to seek legal advice in this regard.

Also remember that the definition of a merger refers to the acquisition of the whole or part of a business. A merger does therefore not only occur where there is a sale of business as a going concern / a sale of shares, but may also occur where, for example, an asset (for instance, a debtors’ book) constituting a part of a business is sold. A merger may also occur where a joint venture is formed.

The final criteria refer to the financial thresholds that needs to be met. Mergers are categorised into small, intermediate and large mergers – all intermediate and large mergers must be notified to the competition authorities. These thresholds relate only to the size of the merging parties. The quantum of the purchase price has no bearing on this issue.

The current merger thresholds are as follows:

The result of the failure to notify your merger

Failure to notify these mergers at the time of the merger, denies competition authorities the opportunity to investigate and determine whether the merger is likely to give rise to a substantial lessening of competition that may permanently alter the structure of the market and effect public interest.

The Act’s preoccupation with public interest considerations has had a material impact on enforcement. Merger-related job losses as well as the potential impact on domestic procurement receive particular scrutiny, which are often remedied by way of moratorium.

Failure to notify or prematurely implementing a merger are in contravention of the Act and can attract an administrative penalty up to 10% of the firm’s annual turnover and an order to reverse the acquisition.

On 7 April 2016 the Competition Tribunal announced that Life Healthcare Group (Proprietary) Limited (LHG) and Joint Medical Holdings Limited (JMH) have entered into a consent agreement in terms of which they admit to contravening the Act, by failing to notify the Competition Commission of their merger before implementing it. The parties agreed to pay an administrative penalty of R10 million. In addition, LHG agreed to disinvest its shareholding in JMH.

The failure to notify a notifiable merger can therefore have serious financial implications and it is therefore imperative for companies to obtain competition law advice when an acquisition or amalgamation is contemplated.

Competition authorities in other African jurisdictions also appear to be taking an increasingly active interest in investigating whether firms are notifying mergers. Under the Kenyan Competition Act, for example, the implementation of a merger without the Kenyan competition authority’s approval is an offence and the party concerned shall be liable on conviction to an imprisonment of maximum five years or a fine of 10 million shillings (equivalent to approximately R1.5 million), or even both. In addition, the Kenyan competition authority may impose a fine of up to 10% of the gross annual turnover derived by the merging parties in Kenya in the preceding financial year.

These are acts between companies in a vertical relationship (e.g. a supplier and its customer) that have the effect of substantially preventing or lessening competition in a specific market. For example, exclusive supply agreements between a supplier of key inputs and a selected few customers (to the exclusion of other customers) may be classified as restrictive vertical practices. The practice of prescribing minimum resale prices by a supplier or producer to its customers is also classified as a restrictive vertical practice.

Restrictive horizontal practices are acts perpetrated by companies in a horizontal relationship (i.e. competitors). These include the exchange of commercially sensitive information among competitors, certain joint venture agreements and certain agreements between members of a trade association which have the effect of substantially preventing or lessening competition in a specific market. Unlike in cartels, parties to these kinds of horizontal agreements are allowed to provide efficiency, pro-competitive or technological gains resulting from their agreements, which should be weighed against possible anticompetitive effects thereof.

The Commission made the following comments in respect of a proposed acquisition in 2019 by Naspers of WeBuyCars, showing how these guidelines are applied:

The Competition Commission of South Africa has recommended that the proposed acquisition of WeBuyCars by Naspers be prohibited, on the basis that it could stop a similar business from entering the market and dominating any competitors.

The proposed deal would see MIH eCommerce Holdings, an entity within the Naspers group, acquiring 60% of WeBuyCars.

MIH eCommerce is mainly an investment holding company and does not itself supply any products or services in South Africa. It has investments in OLX and the Naspers’ subsidiary, Car Trader, which operates as AutoTrader.

Although the commission found that the proposed transaction does not present any competitor (horizontal) overlap in South Africa – as Naspers is not active in the buying and selling of cars – it was found that the Naspers Group, through Frontier Car Group, has been anticipating entering the South African market for the wholesale and online buying of used cars in competition with WeBuyCars

“These entry plans were thwarted directly as a result of the merger,” the commission said.

Given this potential entry, the commission assessed if the proposed merger will result in the removal of potential competition in South Africa, as Naspers Group had plans to enter the South Africa niche wholesale buying of used car market segment utilising the instant cash model and compete directly against WeBuyCars.

The commission also said that there is a vertical (supplier-customer relationship) overlap because the Naspers Group owns and operates online classified automotive advertising platforms, OLX and Auto Trader, and WeBuyCars utilises these platforms to either sell or purchase vehicles.

“Given the supplier-customer relationship overlap, the commission considered whether the merger will result in the exclusion of the competitors of WeBuyCars and or AutoTrader,” it said.

In both these cases, the commission found that competition would be impacted, should the deal proceed.

It found that the proposed transaction will result in the removal of Naspers as a potential effective competitor to WeBuyCars in the niche segment of wholesale and online buying of used cars, which is currently dominated by the group.

Further, the commission found that there are numerous ways in which Naspers could ‘harness the complementarities’ between WeBuyCars and AutoTrader and/or OLX to the exclusion of effective competition against WeBuyCars rivals as well as other online platforms.

WeBuyCars is a large and dominant wholesale and online buyer of used cars from the public. On the other hand, AutoTrader is the largest online classified platform and generates significant customer traffic such that it is a key and important online platform for traditional used car dealers seeking to sell their car stock.

Thus, it is the view of the Commission that the merged entity will have the ability to leverage its significant AutoTrader position as well as the OLX platform to exclude rivals of WeBuyCars,” it said.

“WeBuyCars will likely entrench its dominant position in the purchasing of used cars side, which dominance will also likely translate into dominance on the sell-side since if WeBuyCars can dominate the secondhand car stock in the market.

“In addition, Naspers’ platforms – namely OLX and AutoTrader – are likely to further entrench their respective positions in online advertising,” the commission said.

The commission said it is concerned that the proposed merger would result in the foreclosure of other traditional dealers, that is, rivals of WeBuyCars on the sell side.

“This is because AutoTrader is a significant platform on which many traditional dealers advertise their cars and has the ability and incentive to offer preferential treatment towards WeBuyCars,” it said.

“Overall, the proposed transaction is likely to substantially prevent or lessen competition in the relevant markets and result in used car customers paying higher prices in future than they would otherwise pay in a competitive environment.”

In conclusion, acquisitions, amalgamations, joint ventures and mergers must be carefully analysed in order to determine whether they will adhere to the guidelines set by the Competitions authorities and if so, if they qualify as notifiable mergers in terms of the competition legislation of South Africa and other jurisdictions.