Your browser does not support JavaScript! Expropriation of Land – What AreYour Rights? - Martinvermaak

Expropriation of Land – What AreYour Rights?

Expropriation of Land – What AreYour Rights?

What does expropriation of land mean? It means the compulsory acquisition of land from a private person (which may include individuals and juristic persons, like companies) by the state for constitutionally circumscribed purposes. This may include acquisitions of land for public purposes or public interest which includes:

The need for redress in South Africa is the product of a painful past of land dispossession laws under colonialism and apartheid. Previous colonial and apartheid regimes have used the law to arbitrarily deprive black people of the right to own land and property in South Africa. 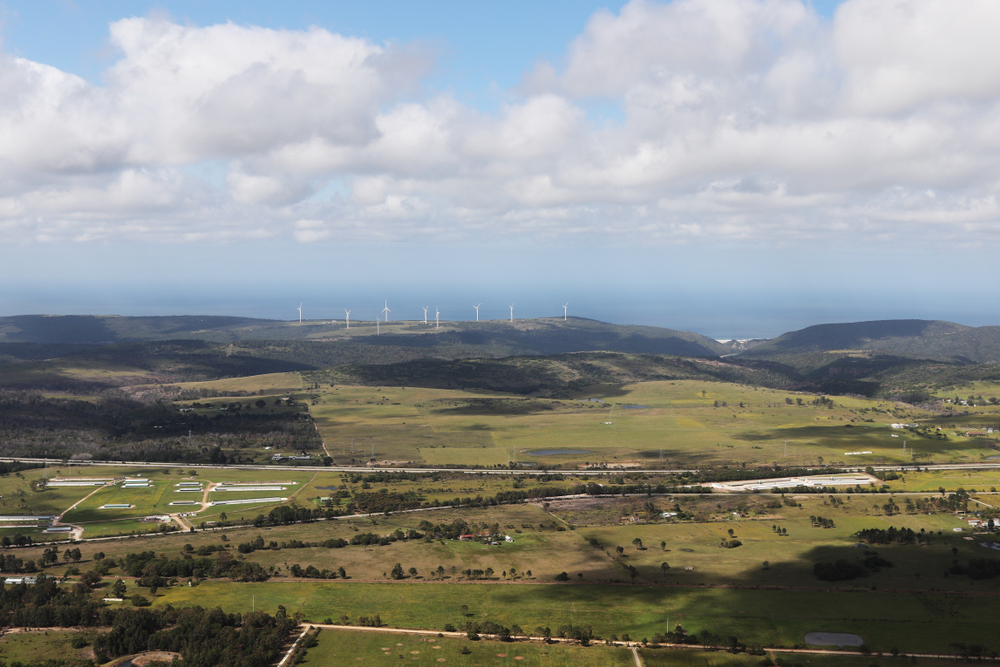 The Constitution recognises the need to correct the wrongs of the past and as such recognised the need for land reform. Land reform has been a hot topic of discussion in the South African Political landscape for many years now. Expropriation of land in this regard again came to the forefront in 2018 when the African National Congress (“ANC”) announced its intention to drastically speed up the process of land reform. In order for it to do so, the ANC announced its intention to amend the constitution in a manner which will allow for the expropriation of land without compensation. Accordingly to them, the fact that landowner’s had a right to compensation stood in the way of proper and meaningful land reform. This left many South Africans wondering what their rights are when it comes to owning land in South Africa.

Section 25 of the South African Constitution

The above section guarantees that no South African may be deprived of property except in terms of law of general application and that no law may permit arbitrary deprivation of property.

It further goes on to state that property may be expropriated only for public purpose or in the public interest and subject to compensation. Public interest in this context includes the nation’s commitment to land reform and to reforms bringing about equitable access to all South Africa’s natural resources. The amount of the compensation and the time and manner of payment will either have to be agreed to by those affected or decided or approved by a Court. In the first instance, the “willing buyer” and “willing seller” approach would be applicable which means that parties are free to negotiate and agree on any “purchase price”. In this instance a market value would usually be the starting point of discussions.

Should the Parties be unable to agree, the Court is to determine the price. In this instance, the constitution further requires the compensation to be just and equitable, reflecting an equitable balance between the public interest and the interest of those affected. The market value is not the only determining factor or staring point like with the willing seller approach. In this instance, the Court would have regard to the following circumstances:

It is important to note that property in this context is not necessarily limited to land only.

The state is required to take reasonable legislative and other measures, within its available resources, to foster conditions which enable citizens to gain access to land on an equitable basis.

A person or community whose tenure of land is legally insecure or who has been dispossessed of property after 19 June 1913 as a result of past racially discriminatory laws or practices are entitled, to the extent provided by an Act of Parliament, either to tenure which is legally secure or to comparable redress.

This section further states that no provision may impede the state from taking legislative and other measures to achieve land, water and related reform, in order to redress the results of past racial discrimination, provided that any departure from the provisions of this section is in accordance with the provisions of section 36(1).

Section 36(1) states that the rights in the Bill of Rights may be limited only in terms of law of general application to the extent that the limitation is reasonable and justifiable in an open and democratic society based on human dignity, equality and freedom, taking into account all relevant factors including:

Right to Own Property

Firstly, the above section protects every South African’s right to own Property. With that comes a right not to be deprived of that property.  Property or land may only be expropriated in terms of law of general application, but this right is further protected by the statement that no law may permit arbitrary deprivation of property.

Should one’s property be expropriated in terms of law of general application, the section still protects the land-owner’s right to compensation for that property. The Section therefore brings a balance between protecting ones right to property and/or the right to receive compensation and the need for land reform.#

Right to A Fair And Reasonable Amount For Compensation

Not only does a landowner have a right to be compensated for land being expropriated, he also has a right to receive fair and reasonable compensation.

In the case of Khumalo and Others v Potgieter and others (2000) 2 ALL SA 456 (LCC) the Court identified a two-step process in determining a fair and reasonable amount for compensation.

Firstly, it was decided that a market value should be determined by considering comparable sales. According to the “Pointe Gourde” system no regard shall be given to any increase or decrease in value of the land, which is attributable to the scheme underlying the acquisition.

Secondly, the other four factors set out in Section 25 of the constitution are utilised to adjust the market value.

The landowner’s right to receive compensation in a fair manner and time is also protected by the above Section.

However, as per the above, compensation is not an absolute right. The Court may still determine compensation to be nil. It will however not be that simple as the section provides extremely strict considerations when balancing the rights of individuals and the need for land expropriation.

As previously discussed, the ANC announced its intention to drastically speed-up the land reform process in South Africa and in order for this to occur, it saw the need to amend the above discussed Section 25 of the Constitution.

This amendment bill is the first attempt at amending Section 25 of the Constitution. The Section, as it stands states that land reform is subject to fair and reasonable compensation to the current landowner. This amendment seeks to amend the landowner’s right to compensation as discussed hereinabove.

With this, the National Assembly agreed to amend Section 25 to bring clarity on expropriation of land without compensation.

If further also seeks to amend subjection (3) by providing that the amount of the compensation as contemplated in subsection 2(b) , and the time and manner of any payment, must be just and equitable, reflecting an equitable balance between the public interest and the interest of those affected, having regard to all relevant circumstances.

Should this amendment pass, the landowner’s right to the property or, his right to be compensated for the property is still protected if the land is being expropriated for a reason other than land reform. Thus, the landowner will still have a right to compensation if the land is being expropriated for purposes of public purpose like the building of a School or Hospital. It therefore seems like the amendment is only applicable to land expropriation in order to redress the results of past racial discrimination

Comments and submissions on the draft was due by no later than 29 February 2020. This first of its kind Bill, will require two-thirds majority vote in order for it to pass. In terms of Section 74(2) of the Constitution, the Bill of Rights may only be amended by the passing of a Bill which must be approved by the supporting vote of at least two thirds of the National Assembly, as well as the supporting vote of at least six of the nine provinces of the National Council of Provinces.
Once voted on, the Bill must be drafted and published on the Government Gazette allowing the public 30 days to comment thereon. Only once this 30-day period as passed my the bi be introduced to Parliament.

It is also important to note that the land-owner’s rights may still be protected by the fact that the amendment may only be made if it is in line with Section 1 of the Constitution.  Any amendments to the Bill of Rights must support and uphold the fact that South Africa is a sovereign, democratic state founded on the following values:

If the rights contained in the Constitution, as the supreme law of the and, were subject to constant change, its overall credibility and reliability would be in danger.  Its credibility is crucial and should not be subject to strategic manipulation and interpretation of laws. One should remember that apartheid was the result of manipulations and interpretation of laws.

The Foundation of Human Rights (FHR)

The FHR made submissions to the Constitutional Review Committee which was set up to review the Section 25 of the South African Constitution following the adoption in the National Assembly of a motion calling for the expropriation of land without compensation while ensuring that food security and production are not affected.

The FHR labelled the current land reform program governed by Section 25 of the Constitution (pre-amendment) a dismal failure. It reported that less than 10 per cent of land transferred from white to black hands in more than 24 years since the advent of democracy in South Africa.

The report of the Foundation of Human Rights unfortunately does not have much to say about the rights of the landowner and the need for a balance between same and land reform.

The conclusion of the FHR submission is that it is in favour of amending Section 25(1) of the Constitution to make is less ambiguous in its attempt to balance the interest of existing property owners and the vast majority of those who were dispossessed of their property. Unfortunately, no recommendations was made by this Foundation as to the factors to consider when determining zero compensation etcetera.

The current amendment bill, as it stands, does not seem to take into consideration the security rights of mortgagees. As it stands, the mortgages will still be payable even after the land/property has been exprobrated by government for whatever purpose. The impact of this on the property market and the economy would be dismal. One could therefor hope that parliament should give due consideration to this issue.

The amendment itself however does not speak for landowner’s rights and as such, same remains uncertain.

When considering the proposed amendments, one could only hope that National Assembly would recognise the fact that any amendments should still pass the test as to whether it is constitutionally correct. In this instance regards should be given to Section 1 of the constitution as mentioned herein above.

Although land reform is important, it remains necessary to balance any landowner’s rights and or at least provide mechanisms to do so. If the landowner’s rights are completely ignored by the amendment bill or any legislation to follow, not only will it go against the spirit of the constitution, but it will also have a negative impact on the property market in South Africa which would in turn negatively influence the very fragile economy of the land.