So; what is debt review? And how can it help you?

Debt review, or debt counselling, is targeted at South African consumers who have found themselves in the unfortunate position of being over indebted or are unable to efficiently manage their finances. The process of debt review was formally introduced by the National Credit Act back in 2005 and provides strict provisions that Debt Counsellors have to follow for it to remain an ethical and moral practice. 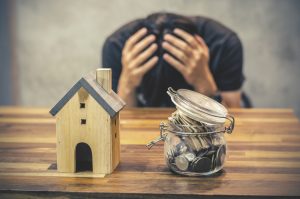 A debt counsellor will scrutinise your means, they will take into account your income along with your expenses and proceed to formulate and restructure your repayments to your creditors. This is done by negotiating reduced interest rates, possibly extending the repayment period which would inevitably reduce your monthly repayments, or even where possible and if applicable have some debts written off. This is not a common occurrence at all, and it is determined on a specific set of circumstances, but that option may be considered as well provided the facts fall within your favour.

Once the negotiations have taken place and your repayments have been restructured, the next benefit is the fact that only one transfer of money is made. Instead of transferring money to each individual creditor (incurring bank charges for each transfer), you pay one sum of money to a distribution agency (very often your debt counsellor) who will then proceed to pay your creditors in accordance with the newly reached agreement.

At the end of the day, yes your debts have to be paid. Yes you will pay a similar amount, maybe even more at the end of your extended repayment period -depending on the interest rate agreed upon – and yes, entering into debt review will incur further costs as the Debt Counsellors are paid a fee to manage your affairs.

Let’s discuss the advantages of entering into debt review. There are a number of reasons which should compel you towards debt review should the need arise. For example, how often do your creditors phone you or SMS you demanding payment or else legal action may be taken against you? These communications become very frustrating, and for some people the thought of legal action is incredibly nerve-wracking. Once you are successful in applying for debt review, your creditors can no longer threaten you with legal action for payment. Whilst under debt review you also cannot be blacklisted or be recorded as defaulting for other creditors to see or litigate.

Insolvency is not a punishment; it is rather a description of a current state of affairs. This description unfortunately sticks to you like a bad rash for a maximum of 10 years before you can even look at credit again. Debt review was set up to provide a form of protection for those who are in a position of financial difficulty. It must be noted though, that debt review cannot be used as an alleyway to avoid paying certain debtors and is not a process to be abused. There is even a cancellation fee charged by debt counsellors for the specific purpose of trying to keep ‘payment avoiders’ away.

Dealing with your own personal finances in a country which seems to be in a state of economic disarray is not an easy task. For the majority of the country, it is an absolute luxury to be able to have a little bit of money left over at the end of a month. As difficult as this may be, there is no reason for a person to have to try and tackle this alone, especially under circumstances where specific protection has been afforded. So instead of being dragged down by the ever-growing pressure of indebtedness, let’s use the life line that was designed to save you from these circumstances.

With the South African economy going on a roller coaster that’s probably too extreme to make an appearance at Gold Reef City! It’s no surprise that South Africans are feeling whiplash as a result of all the bumps and turns on that downward spiral.

If we look back at 2016, the statistics released were indicative of a very harsh reality faced by most South Africans[1]. According to Barefoot Investor Scott Pape, in order to budget effectively, only 60% of your salary should go towards your normal debts and expenses, the other 40% can be used to put towards savings or any other luxuries.

This is a very farfetched tale from the truth. It has been shown that South Africans on average spend at least 75% of their salary on debts and expenses. 60% of all South African’s struggle to make payments towards their home loans and credit cards. A meagre 23% of South Africans have any money left over at all at the end of the month whilst the other 77% is left without a cent to their name, no prospects of saving, and no opportunity to look after their futures. In 2018 it was shown that out of all income earned in South Africa, a grand total of 72% was spent on necessary expenses.

The best option to consider is debt review. Nobody truly wants to admit that they need help, it is often the humblest people who are too proud to ask for help. Here is one very simple reason why, if you are stuck in such a position, you should strongly consider debt review. Entering into debt review proceedings or debt counselling may save you from being placed into personal administration or being considered to be insolvent (even if (in actual fact) you are!). If you’re declared insolvent, this mark will be against your name for a staggering maximum of 10 years with no hope or possibility of obtaining any credit at all.

In looking at the above, what options do South Africans have? Is an individual going to continue to drown themselves under the spirit crushing and overwhelming pressure of debt, or is there a lifeline left to hold on to?

[1] https://businesstech.co.za/news/banking/142019/rise-in-south-african-consumers-applying-for-debt-review-here-is-when-you-should-consider-it/ as visited on 29 April 2019.