Your browser does not support JavaScript! Universal Partnerships - Martinvermaak

Universal Partnerships, the millennial’s marriage? According to Statistics South Africa, the population born between the years 1980 and 1990, also known as ‘millennials’, are either not marrying at all, or marrying much later.

This decrease in the marriage rate directly causes an increase in universal partnerships. One may wonder whether this is because marriage has lost some of its respect or allure due to the ever-increasing divorce rate. The latest statistics show that 40% of marriages, of 10 years or less, end; being dissolved by way of divorce. 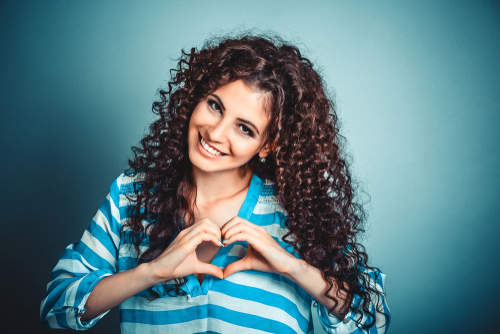 Perhaps the union of marriage has become less popular due to the increase in female professionals. Woman are becoming less and less dependent on men, and as such, the financial security offered by a marital union becomes less desired.

On 13th March 2019, ENCA reported on the decrease of the marriage rate in South Africa and noted therein that marriages are viewed by some as just being a piece of paper, they further reported that educated and higher earning women are perhaps more likely to be unmarried due to the power-struggle that comes with some old-fashioned marriages.

This new tendency of moving away from the traditional notion of marriage does not mean that people no longer desire to share their lives together. These millennials are still in favour of the idea of being in a relationship, however, without the legal consequences which comes with tying the knot.

It seems that people are choosing to be in control of their relationship’s consequences rather than it being controlled by legislation, tradition and customs. The Matrimonial Property Act 88 of 1984 regulates all civil and customary marriages. In terms thereof, a marriage can either be in community of property, or, out of community of property with or without the Accrual systems.

There are no in-betweens. You either share a joint estate with your partner, or, you share no property if you choose to have an Antenuptial Contract. Universal Partnerships on the other hand are formed by some of these unmarried, cohabiting partners, either tacitly or, by way of an express agreement.

The consequences of Universal Partnerships can be more flexible than marriages and, it does not come with the as much legal consequences like the obligation to support each other financially. However, for some, the consequence tied to a marital union can be a pro instead of a con.

A Universal Partnership between two co-habiting Parties is a partnership that, like any other partnership, comes into existence by an agreement between the Parties.

Most importantly, they herein also agree under what circumstances the Partnership will dissolve, which is usually if and when the relationship is ended by either or both Parties. This also includes an agreement as to what will happen with the assets and liabilities at the dissolution of the partnership.

A Universal Partnership Agreement may be express or tacit, and as discussed herein above is the popular choice for people who choose to live together in a permanent relationship without being married to each other.

Differences between marriages and Universal Partnerships

1. There is no need for universal partnerships to be solemnised and registered. It is however recommended to have a formal agreement drawn up and to have it signed by both Parties in the presence of 2 competent witnesses.
2. A marriage can only be dissolved by a Court whilst a decree is not required when a universal partnership comes to an end. A universal partnership agreement regulates how and when the partnership will come to an end. It also may come to an end when the relationship comes to an end or when either Party has decided for it to come to an end.
3. Before a marriage can be dissolved by way of a decree of divorce, both or either Parties are required to prove to a Court that their marriage relationship has broken down irretrievably and that there is no chance for reconciliation. A Universal Partnership can come to an end purely out of choice and there is no such burden of proof.
4. There is no legal obligation between Parties in a Universal Partnership to support each other financially. Parties who are married in community of property or out of community of property are both obligated by law to maintain each other financially in accordance with their financial means.
5. The proprietary consequences upon the dissolution of a universal partnership differs greatly from marriages. This will be discussed in more detail hereunder.

Not just for unmarried cohabitants

In JW v CW 2012 (2) SA 529 (NCK) the Court concluded that a universal partnership in a marriage out of community of property excluding any form of accrual was not possible if it contradicts the terms of the ANC. However, the Courts have supported the idea of married couples also being in business together as far back as the 1945s in the matter of Fink v Fink and Another.

In RD v TD 2014 (4) SA 200 (GP), the Court concluded that the Universal Partnership created by the Parties by way of an expressed agreement is a separate entity from the marriage and that the married couple can also be seen as business partners.

When there was no formal Universal Partnership agreement, one of the Parties may dispute its existence when the relationship comes to an end. This is usually the case for the Party with the most assets wanting to protect same from the other Party. In such cases, the aggrieved Party may approach the Court for an order declaring that a universal partnership existed.

The Party will also seek relief as it pertains to the proprietary consequences.  In order to determine whether a universal partnership exists, certain legal requirements must be satisfied, and these requirements are much the same as those for an ordinary business partnership.

However, it must be noted that universal partnerships will differ from couple to couple and, importantly, not all contributions have to be financial in nature and there does not have to be a formal written agreement.

When there is no expressed agreement regarding the existence of a partnership and how same will be dissolved, a tacit agreement may be found in the Parties’ words or in their conduct during the relationship.

The difficulty here is that the Parties intentions must be established by considering how the Parties conducted themselves during the relationship. Has anyone acted in such a manner to make the other believe that all property is being shared?

In the case of Fink, the Court had to decide on a tacit agreement and therein  stated that “If the agreement is not in writing the intention of the parties must be ascertained from their words and conduct … the mode in which they have dealt with each other, and the mode in which it has, with the knowledge of the other, dealt with other people”

In the case of Mühlmann v Mühlmann 1984 (3) SA 102 (A) the Supreme Court of Appeal the Court stated that the test to determine wither a tacit agreement existed is to consider whether it is more probable than not. In this case the Court however warned that one must not confuse the requirements of a partnership with what is ordinarily expected from a Wife or Husband.

Requirements of a Universal Partnership

In Ponelat v Schrepfer 2012 (1) SA 206 (SCA) it was held that a universal partnership exists if the necessary requirements for its existence are met regardless of whether the parties are married, engaged or cohabitating.

The requirements for a universal partnership, in terms of this case, are as follows:

1. That each of the partners contribute something to the partnership, whether it be financially, physically, time, energy or skill,

If this is the truth, the Party wanting to prove the Universal Partnership should prove that the Parties agreed, either expressly or tacitly, that one Party will raise the Children and be responsible for running the household’ whilst the other Party earns the income to support them both.

The Party staying home then contributed indirectly by making it possible for the other party to earn an income.

However, this requirement becomes a bit tricky with married couples as careful line was drawn in the above discussed Mühlmann case. In this case the Court asked itself whether it is not ordinarily expected from spouses to maintain each other and stated that such cannot always constitute a universal partnership.

Furthermore, this requirement may also be satisfied if both Parties contributed by brining assets into the Partnership.

2. That the partnership should be carried on for the joint benefit of the parties; and

There must be an agreement that both Parties will “get something out” of the Universal Partnership.

When considering this requirement, one would herein determine whether the Parties did indeed make a profit (I.E whether their assets, jointly and severally, grew since inception of the relationship). Factual evidence in this regard may be presented. One should also keep in mind that this requirement does not die with proving a loss.

The requirement is not that the Partnership has grown, it is that there should be an objective to grow. The Universal Partnership may therefor exist even if the estate decreased, as long as you can prove that they wanted and tried to make a profit but that it had failed.

Proprietary consequences of the dissolution of a Universal Partnership

The legal and proprietary consequences of a universal partnership upon the separation of the Parties can be summarised as follows:

Naturally, if you are not married, your partner may have no claim to your assets upon separation, however, if the Parties agree that a universal partnership came to exist, or, should a court decide that it does exist, then one Party may have a claim against the assets of the other Party (which assets are then actually part of the Partnership).

The dissolution of the universal partnership and the proprietary consequences thereof may be agreed upon between the Parties upon separation. The Court may be approached to determine same if the Parties are unable to agree on the specifications of the separation.

There are two kinds of universal partnerships

An example of this Partnership is found in Butters v Mncora 2012 (4) SA 1 (SCA) where the parties lived together as husband and wife for nearly 20 years. The court found that a universal partnership came into existence between the parties.

In that Ms Mncora shared in the benefits of Mr Butter’s financial contribution (income of the business conducted by him) and he shared the benefits of her contribution to the maintenance of their common home and the raising of the children. As such, this partnership includes the non-profit making part of family life

An example of this Partnership is found in Fink v Fink and Another 1945 WLD 226 at 228 where our courts found that universal partnerships existed between spouses only in respect of certain commercial enterprises and not all their property.

Even if cohabitants choose to be unmarried, for whatever reason, it does not mean that there are no proprietary consequences when they end their relationship.

However, as in most cases, there is no expressed agreement confirming the existence of these partnership and which also regulates the proprietary consequences of their separation.

This may result in lengthy and costly litigation and does not guarantee a positive outcome.

Even if you do not wish for any profit sharing to be applicable, still consider having an agreement, specifying such.

It is always better to regulate these relationships with an expressed and written agreement; this will also cut out any uncertainty and each Party will know where they stand with the other.