Your browser does not support JavaScript! Relocation with Minor Children - Martinvermaak

In today’s day and age, it has commonly been heard that people are planning to relocate. For some it’s as a means to secure a more stable lifestyle as the Country continues to keep the economy guessing whether or not things are going to get better or worse in the reasonably foreseeable future.

We have rolling blackouts on just about a daily basis (our beloved load shedding), pot holes that appear out of nowhere, robots that stop working the minute they get a little bit wet in the rain; not to mention the havoc caused when Eskom’s coal gets wet. Crime is escalating; do you remember the days when daylight robbery was only referring to a shop charging you too much for a simple item?That truly isn’t really the case anymore. 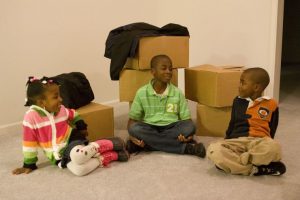 Many people advise that the younger generations must pack their bags and seek work abroad as “there is nothing left here for us.” Be that as it may, some parents are taking it into their own hands and trying to get out of the Country themselves in order to provide their children with a more suitable, stable and sustainable future.

To some, the only complicated aspect is being eligible to obtain the correct Visas to do so; securing a job prior to moving; and let’s not forget the strength of the Rand in comparison to many other currencies around the world. Imagine the price of property (be it to buy or rent) if you convert your Rands to whatever currency your chosen country is regulated by.

Sounds like a lot to plan for, but what if we told you that sometimes those are actually the least of your worries? For some, this is very often the case. They can have all of this lined up, so much so that one could mistake it for fiction because everything just fell perfectly into place. But there is one thing holding you back and you are left feeling trapped. Any idea what this could be?

Let us give you a scenario where this has the potential to become a struggle at best, even after having the above secured.

Imagine yourself in a situation like this; either you’re married or divorced, you have one, two or maybe even three lovely children. As a part of your Decree of Divorce there is a Settlement Agreement or a Parenting Plan which sets out the manner in which contact shall be exercised between the parents and children.

Now you’re trying to live your life but have recently been retrenched; employment in South Africa is hard to come by; or maybe you’re fortunate to have a job but the income from it barely brings in enough to make ends meet on a month to month basis.

The prospects of moving overseas for work purposes becomes a valid option. Either you’ve been looking for work abroad and you’ve been successful in doing so, or you have just received an incredible opportunity in which your boss wants you to work permanently abroad and has everything set up for you. Almost sounds like a dream come true right?

Then the difficult part comes in. You explain to your spouse, or ex-spouse, that you have this amazing opportunity to work abroad, and they respond by saying that they will not allow you to take your children with you.

At the end of the day, their consent is required for you to remove your children from the Republic of South Africa. Now you’re trapped. Either the other parent has a reason which may be construed as reasonable (if you take the children away then they won’t be able to see them as often as they would like to, or even the fact that they can’t be there for all of those special moments that mean so much.) Or you have found yourself in a very dark place, which we unfortunately see quite often in which the other parent is saying no, giving you all of these rubbish reasons as to why it can’t happen, but deep down you know this is being done out of spite.

The other parent has had nothing to do with their children for months or even years, and now all of a sudden that you have a chance to really improve yours and your children’s living circumstances; the children are now the most ‘important’ thing to the other parent.

This is what we referred to when we said that sometimes obtaining the Visas, work or accommodation might be the easy part in all of this. Nobody, or at least no reasonable person, is fond of conflict. So often the parents will try to resolve this between one another, try to come up with ideas for the parent – who is pretty much being left behind – to still be able to exercise contact with the children.

Thank goodness for technology, though right? We have the means to communicate to people who are literally on the other side of the world at an amount that adds up to just about nothing. Text messages are instant. But that isn’t really the same. So, thank goodness technology has developed even further.

We can now make phone calls over the internet at next to no cost as well! But once again, it still doesn’t make up for not being able to see your child’s face, especially as we are visual people; but then, we have video calling now too! You are able to see your child while talking to them, making jokes, seeing them smile; if the child is young, they can even show you their first loose tooth!

Ultimately, we can praise technology all day for the various options that it has provided for us to keep in touch with our loved ones all over the world. But this will never add up to actually being with the child and very often a parent will still use this fact to withhold their consent for you to take your child abroad with you.

This is now the time that you truly feel trapped, depression might kick in with the feeling of hopelessness. Truly a low point in life, and you’re desperate for someone to come to your rescue. Unfortunately; that sort of help doesn’t just come to you though; you need to pick yourself up and find it and at this point we hope that you find us.

We have experience in divorces that have turned into a mess you could barely imagine and brought them to an amicable resolve. We’ve dealt with narcissists who strongly believe that they can do and get away with anything they please regardless of what this does to another. We have been that wheel that eventually turns to show that this is not always the case, and they will not get away with everything they please.

As much as you may feel alone, our Courts have often had to deal with this. As much as someone may be a child’s biological parent, the High Court of South Africa remains to be the upper guardian of all Minor Children who reside in the Republic. The Court has the power to dispense with a parent’s consent and grant their own should they find that the parent is being unreasonable.

Let’s get into the legal aspects of this situation now. Whether we rely on the Constitution of South Africa or the Children’s Act; both pieces of legislation read the same thing, the best interests of the Minor Child are of paramount importance and this must be adhered to when reaching any decision.

Now, if you are the primary care-giver to the Minor Child/Children, ticking the above factors are almost guaranteed to already be checked. Surely you already have a fantastic relationship with the child, you are there for them when the need arises and plans have already been made in order to maintain contact with the other parent.

In addition to the above, it is also necessary to show that the child’s needs have already been catered for should the Court grant the necessary consent. These include adequate accommodation, schooling, whether or not there will be any sort of language barrier which would disadvantage the child. The Court will want to make sure that in moving abroad, the Minor Child will also be comfortable with the move and that ordering this move will not be prejudicial to the child’s wellbeing.

In the practice of law, in conjunction with existing legislation and generally accepted norms of society, Courts also rely quite heavily on previous cases which have already dealt with the facts that are placed before it. When it comes to the relocation of a Minor Child without the consent of the other parent, one of the leading cases in this regard is that of Jackson v Jackson in which it stated the following:

It is therefore inherently clear that just because one parent says “no”, it doesn’t mean that your rights to move or relocate in order to best serve your children have to be abandoned. Provision is made for such circumstances.

It must however be remembered that just because provision has already been made, that is not to say that the entire process will be an easy one. This is why it is best to speak to someone who has experience and has been successful in this regard. Speaking just in general, family law is very different to your usual civil litigation. We pride ourselves as being family law specialists.
We have dealt with relocation matters and have been successful too.

We have brought Applications on an Urgent basis where the idea of a trial being a long and protracted process is non-existent.

We have done this where conclusion has been needed in a matter of week; we have also had a matter where in the best interests of the Minor Child we had to bring an Application to prevent a person from taking the Minor Child on a holiday which put the Minor Child’s health at risk. This Application was launched late at night and judgment was received in the early hours of the following morning.

Regardless of your circumstances, don’t feel disheartened. There are always avenues available to use, and sometimes all that is required is to be pointed in the right direction; and who better to do that for you than a genuine expert in the field?