Your browser does not support JavaScript! How To Get A Divorce In South Africa | Martin Vermaak Attorneys - Martinvermaak

How To Get A Divorce In South Africa

HOME / How To Get A Divorce In South Africa

How To Get A Divorce In South Africa

You can divorce in either the Regional Court having jurisdiction in your area or in the High Court. To start the divorce process you need to issue and serve a Summons. A divorce summons is unique in that it must be served personally on the defendant by the sheriff of the court. 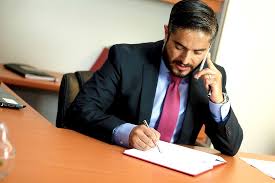 A court has jurisdiction in a divorce action if one or both parties are:

There are typically two types of divorces, the contested or opposed divorce and the uncontested or unopposed. The latter type of divorce is the best and most cost effective for all parties concerned. An uncontested divorce had been known to be finalized in as little as 4 weeks – although this is rare and usually takes a few months. If a divorce is contested, however, it may take between 2 – 3 years, but most contested divorces do settle long before they go on trial.

The marital regime of the parties determines how the assets will be divided upon dissolution of the marriage, the assets being those at the time of the divorce. In South Africa, we have a ‘no fault’ system of divorce, meaning that a divorce will be granted if one of the parties believes that there has been an ‘irretrievable breakdown of the marriage relationship’ and that there are no reasonable prospects of restoring it. Therefore, a marriage can be dissolved even if one of the parties does not wish to get divorced.

Civil marriages, civil unions and those religious marriages conducted by registered marriage officers can only be dissolved by order of the court. The spouse wishing to end the marriage must issue a summons against the other spouse, stating that the relationship has broken down, that there is no reasonable prospect of restoring the relationship and which matrimonial property regime governs the marriage. The summons must make provision for the division of the estate, either stating that the parties have entered into a prior agreement or asking the court to divide the joint estate or enforce the provisions of the ANC. Parties must also set out what the arrangements are with regards to any children born or adopted during the marriage.

The best option available, is to do your divorce in an uncontested manner. An uncontested divorce is one in which you and your spouse work together to agree on the terms of your divorce. You will both consult with the same attorney, who will be unbiased and impartial. There is no formal trial, and only the plaintiff appears in court. In an uncontested divorce, the parties agree prior to the divorce on how to divide their assets and, if there are children involved, which parent will become the parent of primary residence and which will be the parent of alternate residence. A settlement agreement is then drafted with the help of the attorney, entered into and signed by both parties, and made an order of the court. An uncontested divorce is without a doubt the least expensive type of divorce.

A default divorce is a form of uncontested divorce. A court will grant a divorce by default if you serve a divorce summons on your spouse and he/she does not respond. In a default divorce, the plaintiff prepares a summons setting out his/her claims with or without the help of an attorney. A court issues the summons and a sheriff serves the summons on the defendant. The summons specifies the number of days in which the defendant has to file a notice of intention to defend, i.e. contest the divorce (10 days when the parties live within the jurisdiction of the court or 20 days if they live in different provinces). If the defendant does not answer by way of a notice of defence within the allotted time, the plaintiff may approach the court to enrol the divorce on the court roll and conclude the divorce on the defendant’s default. In such a case, only the plaintiff appears in court.

After a period of 10 days, if the plaintiff and defendant live in the same jurisdiction of the court, or 20 days, if they live in different jurisdictions, the plaintiff may enrol the divorce on the court roll. When there are children involved, the parenting plan must be endorsed by the Office of the Family Advocate prior to the divorce being heard in court. The court will not conclude a divorce without this endorsement. The registrar will then allocate a date and the divorce will be set down on the court roll. The plaintiff must then file a notice of set down for the date and time set by the registrar. The plaintiff will appear personally in court before a judge or magistrate to conclude the divorce on the date set down.